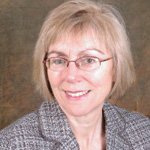 Bonnie Holmes-Gen has been the Senior Policy Director for the American Lung Association of California (ALAC) in Sacramento since January 2000. In her role at ALAC, Ms. Holmes-Gen is responsible for advocating the public policy concerns of ALAC and the California Thoracic Society before the California Legislature and state agencies such as the California Air Resources Board and the California Energy Commission. In her advocacy work at the lung association, she has specialized in air quality and environmental health issues including: global warming and AB 32 (Nunez/Pavley) implementation; heavy-duty diesel pollution; alternative fuel and zero emission vehicle programs; electricity generation and air pollution; indoor air pollution; and statewide and local air pollution control programs. Ms. Holmes-Gen also provides information and resources on ALAC public policy positions and priority issues to staff and volunteers in the 10 local lung association offices throughout California.

Prior to her work with the American Lung Association of California, Ms Holmes-Gen was the Senior Legislative Representative for Sierra Club California (1/96-1/2000) in Sacramento and the Senior Consultant for the consulting firm of V. John White Associates (9/89-9/95). Ms. Holmes-Gen has a Bachelor of Science degree in Environmental Policy Analysis and Planning from the University of California at Davis (June, 1982) and a Master of Arts degree from New College Berkeley (August, 1993).