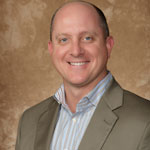 Darren Bouton oversees State Government Affairs in the U.S. for First Solar, one of the largest photovoltaic (PV) manufacturing companies in the world. He is responsible for First Solar’s regulatory and legislative efforts as they relate to advocacy for development and deployment of large-scale solar projects. Darren has experience influencing public policy at all levels of government – federal, state and local – both in the public and private sectors.

Before joining First Solar, Darren worked for Governor Arnold Schwarzenegger where he was appointed Deputy Cabinet Secretary. While in this role, Darren was responsible for implementing Governor Schwarzenegger’s energy, environmental and natural resources policy. He managed a portfolio that included the California Natural Resources Agency, the California Environmental Protection Agency, the California Air Resources Board, the California Public Utilities Commission (CPUC), the California Energy Commission (CEC) and the California Independent System Operator (CAISO). His main areas of focus included renewable energy implementation and siting / land use issues for transmission and large-scale renewable energy projects. In addition to serving as Deputy Cabinet Secretary, Darren served as the first Chair of the International Carbon Action Partnership (ICAP) and served on the steering committee for the Western Climate Initiative (WCI).

Prior to serving on Governor Schwarzenegger’s Cabinet, from 2006 to 2008, Darren was a strategic advisor to the executive leadership team for Pacific Gas & Electric Company (PG&E) and led the development of PG&E’s programs for assisting communities with implementing renewable energy goals and climate change action plans. From 2004 to 2006, Darren was the Senior Program Manager of Renewable Energy Programs at PG&E’s Pacific Energy Center, where he coordinated all educational courses on renewable energy and taught courses on the Basics of Photovoltaics (PV), PV for Architects, and Solar System Siting and Sizing Analysis.

Darren has an MS in Energy and Environmental Policy from the University of Delaware’s School of Urban Affairs and Public Policy and a BS in Economics from Santa Clara University.