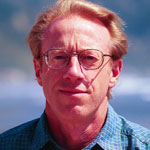 Dave Olsen is Managing Director of Western Grid Group, a network of former state regulators working to advance clean energy policies. He is the former President/CEO of Patagonia, Inc., a leader in corporate sustainability initiatives and one of the first corporations to get its electricity from wind and solar power.

In 2000, he led creation of the California Climate Action Registry, the first state registry of greenhouse gases and foundation for The Climate Registry that now includes 31 states.

You can reach him at: dave@daveolsen.net.