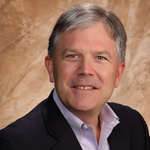 Kevin A. Lynch heads the Policy and Regulation group for Iberdrola Renewables, Inc., one of North America’s leading developers and marketers of renewable energy and other energy products and services. The Policy and Regulation group leads the company’s work on federal and state legislation, regulatory matters, liaison with organized markets, and reliability compliance. Kevin joined predecessor company PPM Energy on a full-time basis in June, 2006 at its Portland, Oregon headquarters after a 15-year career in federal, state, and local public policy and external affairs at PacifiCorp. Kevin also spent nearly 10 years working for two members of the US House of Representatives, US Rep. Les AuCoin, D-OR (1985-1991), and US Rep. William Ratchford, D-CT (1981-1984). Kevin spent eight of these years serving as the Representatives’ staff to the Committee on Appropriations, focusing on natural resource, public lands, Native American, energy, and arts and humanities issues.

Through his work at Iberdrola Renewables, Kevin serves on the Boards of the Interwest Energy Alliance, Wind on the Wires, the Colorado Independent Energy Association, and the Independent Energy Producers of California. Kevin was a seven-year member of the Board of the Portland Schools Foundation, leading that organization’s advocacy efforts for school funding and co-chairing the 2008 search committee for an Executive Director. He previously served on advisory boards to the National Fish and Wildlife Foundation, the Actors’ Theatre of Washington DC, and the Cystic Fibrosis Foundation – Oregon Chapter. A graduate of Dartmouth College, Kevin lives with his family in Portland.