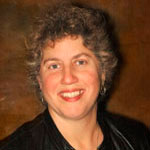 Rachel has been the Director of the Renewable Northwest Project since its inception in 1994. On her watch, RNP has supported the implementation of more than 1,400 MW of wind, geothermal and solar resources in the Northwest.

In 2005, she was chosen by the Governor of Oregon to represent the state on the Western Governor’s Association Clean and Diversified Energy Advisory Committee, and she was chosen by the four Northwest Governors to serve on the Comprehensive Review of the Northwest Energy System in 1996. Before moving back to the Northwest, Rachel was the Policy Director for the Massachusetts Division of Energy Resources where she worked on electricity, natural gas, oil, conservation, renewables, and emergency planning issues.

Prior to that, Rachel was the Legislative Director for a Massachusetts consumer group, and an advocate in Colorado and Washington, D.C. She has served on the Boards of several, non-profit, clean energy and educational organizations and is currently the Secretary of the Bonneville Environmental Foundation. Rachel graduated from the University of Oregon and is a native Oregonian.