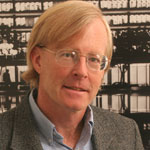 Ralph Cavanagh is a senior attorney and co-director of NRDC’s energy program, which he joined in 1979. In addition, Ralph has been a Visiting Professor of Law at Stanford and UC Berkeley (Boalt Hall), and from 1993-2003 he served as a member of the U.S. Secretary of Energy’s Advisory Board. His current board memberships include the Bonneville Environmental Foundation, the California Clean Energy Fund, the Center for Energy Efficiency and Renewable Technologies, the Renewable Northwest Project, the Northwest Energy Coalition, and the Energy Center of Wisconsin. He is a member of the National Commission on Energy Policy, which the William and Flora Hewlett Foundation established in 2002. Ralph has received the Heinz Award for Public Policy, the Yale Law School’s Preiskel-Silverman Fellowship, the Lifetime Achievement in Energy Efficiency Award from California’s Flex Your Power Campaign, the Headwaters Award from the Northwest Energy Coalition, and the Bonneville Power Administration’s Award for Exceptional Public Service. He is a graduate of Yale College and the Yale Law School. He is married to Deborah Rhode, who is the MacFarland Professor of Law at Stanford Law School.