Transmission is to renewable energy resources what the transcontinental railroad was to opening up the West. We need to connect California’s renewable resource-rich regions—wind from Tehachapi, geothermal and wind from the Imperial Valley, concentrated solar power from the Mojave Desert, and to a lesser extent, bio-energy from the Central Valley—to the large coastal urban load centers of the state where it is needed. Making this vital connection will require a series of massive, multi-billion dollar investments in new transmission infrastructure. In conjunction with the California Energy Commission, we have been promoting a unique stakeholder collaboration project to expedite planning and development of vital transmission projects.

CEERT has continued to push for better alignment between California’s climate and clean-energy goals and its transmission planning process, in particular the California Public Utilities Commission’s (CPUC’s) implicit policy of limiting renewable im­ports from out of state and its insistence on restricting the scope of the California Independent System Operator’s (CAISO’s) planning, thereby delay­ing trans­mission expansions in the mistaken belief that new transmission isn’t needed because of the growth of distributed energy resources.  We have been making these points in a variety of regulatory venues, includ­ing the California Energy Commission’s (CEC’s) SB 100 report and the CPUC’s new Integrated Resource Planning (IRP) proceeding.

James Caldwell, Jr. is CEERT’s Senior Technical Consultant. His academic and professional background includes over fifty years of experience in the energy industry. For the past thirty years, he has specialized in renewable technology and project development including photovoltaic solar, concentrating solar thermal power, wind, biomass, and geothermal. He has been employed in technical and executive positions in the oil industry (Atlantic Richfield), the California utility industry (Los Angeles Department of Water and Power), the U.S. Department of Energy, renewable trade associations, and several large and small renewable resource developers. Jim has a BS degree in Chemical Engineering from Stanford University and an MBA from California State University at Long Beach. 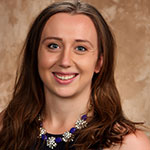 Dr. Liz Anthony is CEERT’s Director of Grid Policy. She began at CEERT as a UC Davis ELIPPS Fellow while completing her doctoral research on a clean energy focused project at the University of California, Davis. While at UC Davis she also developed and taught renewable energy modules to local students through a National Science Foundation fellowship. She has since completed her PhD in Chemical Engineering and has joined CEERT full time.