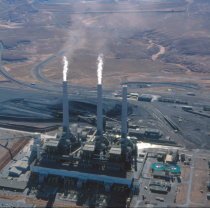 CEERT continues our long-time work to reduce Southern California’s dependence on fossil-fueled power and increase its reliance on clean energy resources. In addition to our regulatory advocacy to promote renewable energy and the building of a low-carbon grid for the region, we are particularly focusing on Los Angeles and the Imperial Valley.

The complete LA 100 Report on the three-year modeling effort by the National Renewable Energy Laboratory is complete and the community outreach effort has begun. The bottom line of the study is that 100% zero carbon is not only technically possible, but economically attractive. Mayor Garcetti has directed the Department to prepare the Strategic Long Term Resource Plan due this summer on the “Early-No Biofuels Scenario” that achieves 100% decarbonization by 2035. CEERT’s Jim Caldwell has been serving on the Public Advisory Committee to the LA 100 Study.

CEERT supported the CPUC decision requiring procurement of 1,000 MW of clean, firm renewables, which had earlier been set aside just for geothermal.  The final decision specified eligible resources as having an 85% capacity factor, which would include geothermal and biomass. The procurement is still likely to be largely geothermal, but small-scale, new-technology biomass plants could also compete, and given their role in disposing of forest residues from wildfire prevention, may be encouraged.

One issue being discussed among geothermal developers is whether anything can be done to reduce the length of time required to get approval for new geothermal projects.  Under current law, geothermal proj­ects larger than 50 MW must be approved by the CEC, a process that is thorough, time-consuming, and ex­­pen­sive, and typically takes two years to complete.  Two possibilities are to require CEC to de­cide on a geothermal project application within one year of filing, or to increase the minimum size of geothermal proj­ects that need CEC approval to 150 MW, which would allow expedited siting of larger, more econo­mical projects.  Given the capacity and reliability pressures on the California grid, and the signifi­cant benefits of getting new geothermal projects online, we hope we can make some progress on this issue.

CEERT has been monitoring the meetings of the CEC’s Blue Ribbon Commission on Lithium Valley, of which Jonathan Weisgall is a member. V. John White has met several times with Assemblymember Eddie Garcia and Lina Malova, his Select Committee on Lithium and the California Economy staffer, to discuss plans for up­coming Select Committee hearings.  Among the issues that the Committee is expected to consider are workforce training and development; permit streamlining; potential local and state finan­cial incentives for lithium and battery manufacturing; and the possibility of a lithium severance tax or royalty payments to local and state government.  The Blue Ribbon Commission will be issuing its recom­mendations later this year, and CEERT is discussing with UC Riverside a possible conference on lithium recovery and battery component manufacturing. 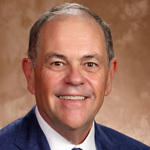