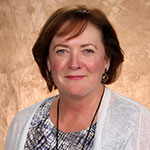 Jan McFarland, as co-founder of CEERT, has over 30 years of leadership experience in energy and environmental management, in the government, public interest and private sectors. Currently as a private consultant, she provides guidance on energy and environmental regulatory issues with a emphasis on distributed generation and climate change. As Executive Director of the California Advanced Transportation Financing Authority (CAEATFA), she oversaw and managed efforts to reduce the financing costs of renewable energy and advanced transportation technologies in California. She served as Executive Director of the California Solar Energy Industries Association (Cal SEIA) and Americans for Solar Power (ASPV) (from May 2003 to June 2007) and represented the solar industry before the Legislature, Energy Commission and Public Utilities Commission. At Cal SEIA and ASPV, Jan developed and led a successful campaign for a comprehensive $3.2 billion, 10-year solar PV program, which became the Governor Schwarzenegger’s California Solar Initiative. It is still the largest solar program in the United States to date. As a Founding Partner and Vice President in Emergent Energy Group (from January 2002 to April 2003), a third party fuel cell company, she created and led a successful advocacy and analytical effort to advance highly-efficient and low-emitting, “ultra clean and low emission” distributed generation, first defined in SB 1038 (2002). California distributed generation policy is still based on these standards. She then ensured that California utility distributed generation incentive programs were based on these standards, with the successful passage of AB 1685 (2003), which advance fuel cells, commercial-scale solar PV, and advanced gas-fired distributed generation.

As Senior Policy Advisor, in the U.S. EPA’s Office of Air and Radiation (from December 1993 to October 1998), she was instrumental in the adoption of the first national “output based” standards for new power plants, the new source performance standards. She also ensured that the Western tribes played a key role in the Grand Canyon process as they led the effort for sustainable energy development on the Colorado Plateau. These efforts produced the foundation for the Western Governor’s energy policy. At Skadden, Arps’ and as a private consultant (from June 1987 to December 1993), Jan successfully resolved numerous regulatory issues associated with the development of independent and renewable power across the country, including approval of the first mobile emission reduction credits in the U.S. For CEERT, she advanced the first U.S. renewable portfolio standard within the CEC’s 1990 electricity planning process. At the California Energy Commission, she served as Policy Advisor to several Commissioners (from July 1977 to June 1987) focusing on power plant siting, renewable and independent power development, alternative fuels, and the export of California’s energy technology.