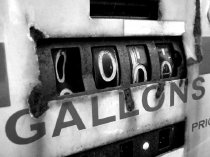 Gasoline and diesel transportation fuels represent a major share of America’s most pernicious air pollution, water-borne toxins, and climate emissions. CEERT has been working to clean up CO2 from cars and trucks, promote electric and hydrogen fuel-cell vehicles and their recharging/refueling infrastructure, and bring about smarter transportation and development planning.

On May 12, in response to the US-EPA issuing a revised waiver reinstituting California’s authority (pre­viously re­voked under the Trump Administration) to require automobile manufacturers to meet vehicle pollution emissions standards more stringent than those set by the Federal government, 17 states sued the EPA over its decision to restore California’s waiver. The suit, led by Ohio, essentially argues that Cali­for­nia’s Clean Air Act waiver violates the Constitution, because EPA’s enforcement is not treating all states equally.  The 17 Republican Attorneys General participating in the suit claim that California’s authority is unfair to their states’ residents because it raises the costs of manufacturing the passenger vehicles they may purchase.  Sev­eral national science and environmental advocacy groups (including some CEERT affiliates) and a coali­tion of 20 states and three cities have separately filed motions to intervene in defense of EPA’s reinstate­ment of the waiver that allows California – and the now 18 states qualifying under Section 177 of the Clean Air Act – to set their own protective clean car standards.

The Ohio-led suit follows the Supreme Court’s June 30 ruling on West Virginia v. EPA, overturning the EPA’s authority to impose the 2015 Clean Power Plan, which, while never implemented, would have set system-wide power generation requirements to reduce each state’s GHGs from power generation.  In her dissent, Justice Kagan cited a 2007 Supreme Court ruling on Massachusetts v. EPA that recognized GHGs as “air pollutants” under the Clean Air Act and holds that states can sue EPA if it fails to regulate them.  While West Virginia v. EPA does not explicitly overturn Massachusetts v. EPA, legal opinion is mixed on how the use of the Supreme Court’s “major questions doctrine” in West Virginia v. EPA might affect a deci­sion on Ohio v. EPA, especially if the Ohio suit reaches the Supreme Court.  Stay tuned.

There is still no news on when the US-EPA will issue a Notice of Proposed Rulemaking on fed­eral emis­sions standards for 2027 and later model year passenger cars and trucks.  Much of this set of reg­u­lations is expected to be modeled on California’s updated Advanced Clean Cars (ACCII) regulations.

On June 9, CARB held a hearing on Staff’s initial proposal for the next phase of the ACC  II regulations beginning with model year 2026 passenger vehicles and trucks.  CEERT and our allies in the Advanced Clean Cars/ACC Coalition of NGOs were pleased to see that Staff – partly in response to the Coalition’s advocacy – had upwardly revised the minimum stringency of their zero-emission vehicle (ZEV) sales compliance ramp from their October 2021 proposal. However, we remained concerned that CARB’s proposed target ramps for ZEV sales risked the state falling behind ZEV sales in other jurisdictions that have historically followed California’s lead but are now leading California.

This concern was reinforced when, on June 8, the European Parliament approved requiring all new cars and vans sold to be zero-emissions by 2035..  This is consistent with Europe reduc­ing its overall GHG emissions 55% by 2035 in order to achieve 2050 net-zero emissions.  With 2021 as a baseline, car­makers will need to cut their average fleet emissions by 15% in 2025, 55% in 2030, and 100% in 2035, while also eliminating incentives for non-ZEVs. (Under ACC II, Plug-in Hybrid Electric Vehicles (PHEVs) will be allowed to earn partial credits toward an automaker’s ZEV compliance, but PHEVs will not qualify to­ward ZEV compliance under the European regulations).   The EU Environ­ment Ministers have approved the package and the final law will result from ongoing negotiations between each of the EU member governments and the EU parliament.

CEERT therefore advocated along with our ACC Coalition partners that CARB strengthen its proposed interim ZEV sales targets in the ACC II rule from 68% to at least 75% new sales by 2030.  (Staff’s pro­posed 68% ZEV requirement for 2030 fell below their own “Slow Phase” trajectory of 77-78% in 2030.)  CEERT expects a 75% interim sales target would provide more assurance that overall ZEV sales re­quire­ments can meet 100% ZEV sales by 2035 (which the IEA’s Net Zero Emis­sions by 2050 Roadmap indi­cates will be necessary to halt further global warming), and can come closer to meeting the CARB Staff’s more ideal emission reduction targets in the Mobile Source Strategy.

CEERT and our ACC Coalition allies continued to advocate that the regulations include mandatory com­munity equity provisions that would incentivize automakers to deploy more ZEVs in com­munities dis­pro­portionally burdened by air pollution from transportation.  Staff included voluntary provisions in their pro­posed regulations, but automakers might well ignore them.  CEERT and the Coalition vigorously ex­pressed to the CARB Board our continuing concerns about the inclusion of stronger equity provisions.

The Board shared those concerns, and asked Staff to look for ways to improve the equity pro­visions, but not necessarily to include mandatory requirements.  In addition, the Board did not increase the interim 2030 sales targets as CEERT and the Coalition requested, and they remain at 68% of sales.

On July 12, as part of their 15-day revisions, Staff issued minor revisions to the still-voluntary equity requirements and other issues in response to stakeholders’ concerns.  CEERT and the ACC Coalition sub­mitted comments, urging CARB to incorporate requirements that Staff continue working with environ­men­tal justice and equity groups on strategies and agreements to increase the number of new and used ZEVs available to low-income and disadvan­taged communities, and to require annual reporting on auto­maker participation and the impact of the ACC II voluntary equity program.

CEERT continues to work with Canadian NGOs to encourage their federal government to have a strin­gent ZEV policy in place by 2023.  The Canadian government is conducting an ongoing consultation process on establishing the implementation framework for its ZEV mandate.

CARB Staff are working on the Advanced Clean Fleet Regulation (ACF Rule) to complement the ACT and Low-NOx Omnibus Rules, reduce truck pollution, and prime the market for state, public and private fleets to transition to 100% zero-emission medium- and heavy-duty trucks (ZETs).  CEERT and our ally organizations in the ACT/ACF Coalition continue to advocate for the earliest, widest, and most ambitious adoption of ZETs while maximizing benefits for disadvantaged and low-income communities.

Staff’s current ACF proposal still falls short of the objectives in the Governor’s Executive Order, which calls for a 100% zero-emission truck fleet by 2045.  Staff’s proposal could allow nearly 50% of the 2045 truck population to remain combustion-powered.  We are advocating that ACF deliver the most benefits to communities historically disproportionally burdened by air pollution from transportation.  Adopting this approach would move the 100% ZET sales requirement from 2040 to 2036, and lower the size of high-priority fleets that must transition to ZETs from 50 or more trucks to 10 or more trucks (as long as they have gross revenues of $50 million or more).  Adopting these changes would yield earlier and greater reductions in nitrogen oxides, fine particulates, and GHGs, and avoid thousands of additional deaths and hospitalizations.  We are preparing detailed comments on ways that Staff could improve the regulation.

Staff will release their draft package of ACF regulations in September for possible adoption in October.

On July 27 the Northeast States for Coordinated Air Use Management released the Multi-State Medium- and Heavy-Duty Zero-Emission Vehicle Action Plan.  The Action Plan covers 17 states, the District of Columbia, and the province of Quebec, which collectively represent 43% of the population, nearly half of the U.S. economy, and 36% of the nation’s medium- and heavy-duty vehicles.  The plan sets goals of 30% of new truck and bus sales being zero-emission by 2030 and 100% by 2050.

In April and May the US-EPA heard testimony on its proposed rule to establish updated criteria emis­sion standards for medium and heavy duty trucks.  As noted in our previous Quarterly Report, CEERT advo­cates that the EPA adopt a more strin­gent version of Option 1 that adheres loosely to what California has done with its Low-NOx Omnibus Rule.  The EPA should align the regulation’s implementation time­line for industry compliance closer to California’s, thereby avoiding a 4-year lag, and set a target of achieving 90% aggregate NOx emission reductions by 2045 through the use of ZETs.  The EPA should also adopt California’s updated approach to testing and certification for trucks with internal combustion engines that more closely aligns with real-world driving and use. This should include certification under low engine loads and low speeds frequently encountered near ports and warehouse districts (accounting for more than 50% of truck NOx emissions), which directly impact already overburdened local communities.

After considering extensive input, the EPA is expected to issue a final criteria-emis­sion rule in late 2022.  The latest understanding is that in the spring of 2023 EPA will also issue an NPRM for Phase III of the Federal Truck GHG emissions standards (which we hope will include a plan for transitioning all trucks to zero emissions by 2045-50).

Canada is still developing its new emissions standards for trucks.  CEERT continues to support Cana­dian NGOs in advocating that their government leverage the work California has already done and that it design sales mandate targets that can rapidly align with those already set by California and the signa­tor­ies to the Multi-State Medium- and Heavy-Duty Zero-Emission Vehicle Initiative.

On June 27, with a $97 billion surplus in hand, Governor Newsom signed the record-setting $308 billion 2022-2023 State Budget approved by the state legislature on June 16.  The 2022-23 Budget retains the $6.1 billion for ZEVs proposed in January and reviewed in our previous Quarterly Report, in addition to the previous year’s budgeted $3.9 billion in ZEV funding.  These amounts could be en­hanced by an addi­tional $13.8 billion directed to “… transportation programs and projects that align with climate goals, advance public health and equity, and improve access to opportunity.” 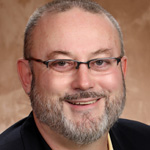