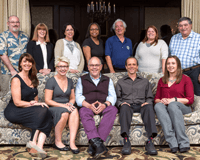 Hal Harvey, CEO of Energy Innovation: Policy and Technology LLC, again visited a gathering in the San Francisco Bay Area. He spoke of the California technologies, policies and politics that both challenge and support the decarbonizing of the western grid.

In the past 30 years, smog has decreased dramatically in Southern California thanks to the South Coast Air Quality Management District. But the region is still the nation’s smoggiest. So, why is the new AQMD board weakening air pollution regulations and adopting rules backed by oil refineries and other major polluters? Warren Olney talks to Senate Majority Leader Kevin de Leon and John White, the Legislative Director of the Clean Power Campaign, about the board’s new Republican majority.

LISTEN TO THIS EPISODE – KCRW 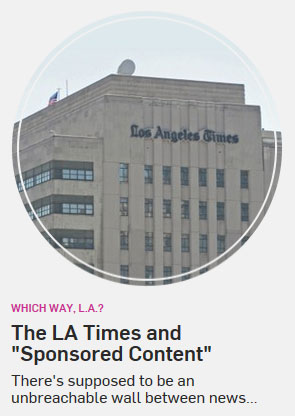 There’s supposed to be an unbreachable wall between news stories and advertising, but more and more advertising is designed to look like news. The LA Times is among the financially strapped publications that take money to produce articles that promote special interest groups. They’re not written by news reporters, but how’s a reader to know? Even if there’s clear labeling, will doubts be raised about credibility?

LISTEN TO THIS EPISODE – KCRW

Hal Harvey, CEO of Energy Innovation: Policy and Technology LLC, recently visited a CEERT gathering. Here are some highlights recapping his very informative presentation to us.

Global climate change is a reality. What we’re seeing with series of measurements. For example, the average surface temperature of the planet has increased 0.8 ° C and 1.5 ° F ie; it is something that is already happening. And we begin to see a number of changes in climate: frequency of floods, droughts, heat waves. It is a reality. An English-language transcript of Dr. Molina’s remarks can be found here.

What is the most important environmental issue the state faces today? Ann Baker (formerly with CEERT) was on Public Policy Institute of California’s panel to answer this question, along with Assemblymember Richard Bloom and Robert Lapsley of the California Business Roundtable. The moderator was PPIC’s David Lesher.

CEERT did this interview with Rainer Aringhoff December 18, 2007. We are sharing it now as part of a remembrance and honoring for his efforts.

Mon July 29, 2013
The largest solar power plant of its kind is about to turn on in California’s Mojave Desert. The Ivanpah Solar Electric Generating System will power about 140,000 homes and will be a boon to the state’s renewable energy goals, but it was no slam dunk. Now, California is trying to bring conservationists and energy companies together to create a smoother path for future projects.
Massive Solar Plant A Stepping Stone For Future Projects: KQED Morning Edition

KCRW’s Which Way, L.A.? with Warren Olney:
The Shutdown of San Onofre and California’s Energy Future

TUE JUN 11, 2013
The nuclear power reactors at San Onofre generated power off and on for 40 years, until they were shut down a year ago because of leakage from a tube for radioactive steam. It turned out that hundreds of such tubes were wearing out unexpectedly fast; repair would require a lengthy hearing process with an uncertain outcome. Last Friday, Southern California Edison announced it would close the entire plant permanently. Award-winning moderator Warren Olney leads lively, thoughtful and provocative discussion on the issues Southern Californians care about. Which Way. L.A.? draws from newsmakers around Los Angeles, the state, North America, and from around the world to present all sides of the issues.
KCRW Which Way, L.A.?: The Shutdown of San Onofre and California’s Energy Future