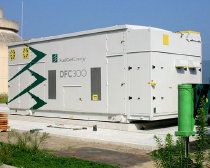 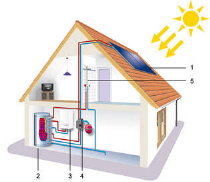 CEERT’s Low-Carbon Grid Program promotes the integration of large amounts of renewable energy on the grid by tracking and intervening in crucial proceedings at the California Independent System Operator (CAISO) and other agencies. We also seek to foster joint operating agreements between the CAISO and the state’s municipal and investor-owned utilities, and promote coordination and consolidation of the Balancing Areas in our state and region as a low-cost means of integrating renewable power. The issues are often highly technical, but have enormous impact on the price of renewable energy projects and their access to the transmission and distribution system.

CEERT’s Technical Director Jim Caldwell collaborated with our partners in the West on comments to the Federal Regulatory Energy Commission (Docket No. ER21-1790) in response to the CAISO’s April 28 filing, “Tariff Amendment to Implement Market Enhancements for Summer 2021 – Load, Export, and Wheeling Priorities.” The comments were submitted by Western Resource Advocates, with the endorsement of WGG, Renewable Northwest, CEERT, and the Northwest Energy Coalition, and advocated for continued progress of grid integration and market enhancement efforts.

Discussions with the Governor’s Office

Governor Newsom made some very significant additions to the state budget with his May revisions. Included in the new budget proposals were significant new funding for demonstration projects for electrolyzers to produce green hydrogen and seasonal and multiday long-duration storage. The budget also included significant new funding for CEC and CPUC to expand interagency planning to achieve the goals of SB 100. In recent days, the Governor has issued new directives to CARB and CPUC to consider adopting more aggressive GHG-reduction targets, and has created a new Governor’s Office of Business Development, GO-BIZ, to expedite clean-energy projects.

James Caldwell, Jr. is CEERT’s Senior Technical Consultant. His academic and professional background includes over fifty years of experience in the energy industry. For the past thirty years, he has specialized in renewable technology and project development including photovoltaic solar, concentrating solar thermal power, wind, biomass, and geothermal. He has been employed in technical and executive positions in the oil industry (Atlantic Richfield), the California utility industry (Los Angeles Department of Water and Power), the U.S. Department of Energy, renewable trade associations, and several large and small renewable resource developers. Jim has a BS degree in Chemical Engineering from Stanford University and an MBA from California State University at Long Beach.