(The following article was written and published in the
Spring/Summer 2020 Oaks newsletter; a publication of californiaoaks.org) 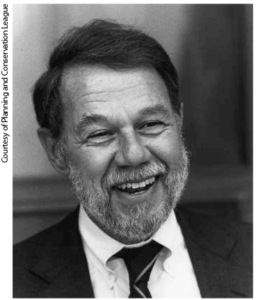 Byron David Sher celebrated his 92nd birthday in February, and as his former staff members, that occasion reminded us of his remarkable career. It is no stretch to say that Sher is perhaps the most influential elected environmental leader in modern California history.

Sher’s 24 years of work as chair of the key natural resource and environmental committees in both California legislative houses remains unmatched. Even more remarkable, many of his landmark achievements occurred under conservative Republican governors not known for their natural resource sensibilities.

Sher started on the Palo Alto City Council as a council member and mayor. He also was a distinguished professor at Stanford Law School for many years. It is no accident that the insignias of both the city and the university are trees. Sher’s interest and commitment to California’s natural resources was a central theme of his career.

In 1980, Sher made what some considered an uphill run for the state assembly. That year, the historic Reagan landslide occurred, ousting incumbent President Jimmy Carter and sweeping Democrats out of office across the land. Byron Sher won election handily and took his seat in the state legislature, representing southern San Mateo County and northern Santa Clara County.

He immediately went to work authoring and shaping legislation that would transform California’s natural environment. His work would become a model for, and the basis of, other states’ laws and federal legislation enacted by the U.S. Congress.

Sher’s portfolio of authoring environmental legislation is vast and all-encompassing, and includes the California Clean Air Act, the California Safe Drinking Water Act, the Integrated Waste Management Act, the Renewable Energy Portfolio Standard (one of the first laws in the California codes that formally recognized global warming), and the expansion of the California Wild and Scenic Rivers Act. The list goes on. He even authored a bill to make the banana slug the “California State Mollusk” to help teach grade-school children about the legislative process.

Sher’s most epic challenges came on matters affecting forests and trees. The timber lobby in the Capitol was aggressive and effective. But he still managed to achieve significant reforms.

Sher also authored landmark legislation to stop strip mining on Native American sacred sites, which became the template for banning this destructive mining practice throughout California. He championed the law banning commercial fish farming of genetically engineered salmon (“Frankensalmon”) and other aquatic species in the ocean waters of the state. He also authored the Natural Communities Conservation Act, the first multispecies habitat planning law ever enacted.

Sher’s environmental portfolio is unmatched. But he also served with distinction on the Judiciary, Education, Ethics, and Criminal Law committees. Throughout his career, Sher was consistently ranked by Sacramento observers as among the legislators with the highest intelligence and integrity.

With all of these achievements, Sher was a rara avis as an elected official. His style was low-key, modest, and even quaint by today’s world where self-promotion and social media reign supreme. He rarely put out press releases touting his landmark achievements.

Most Californians will never know that the air they breathe, the forests and mountains where they hike, and the water they drink are all better off for Sher’s work. That’s probably OK with him: after all, his vocation was protecting California and saving the planet.

For him that is achievement enough.