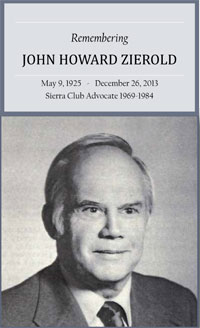 Celebrating the life and career
of John Howard Zierold 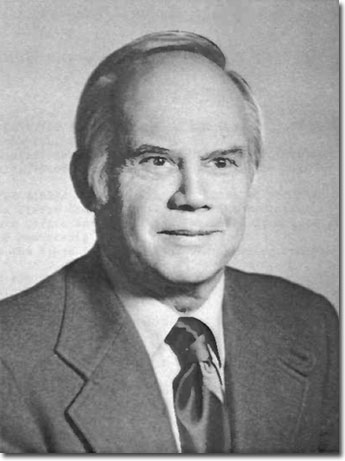 John Howard Zierold grew up on a farm in Warren, Minnesota with an older brother, a younger sister, many relatives and his mind to keep him company. Warren is located in remote northwestern Minnesota, about 60 miles from the Canadian Border and over 100 miles north of Fargo, North Dakota. John’s ancestors were German and Scandinavian immigrants who came to this country in the late 1800s.

John graduated from high school during the early stages of World War II. He served at an intelligence listening post on the Aleutian Islands in Alaska. He later attended the University of Minnesota where his writing and intellectual skills were not only honed, they were valuable to fellow students looking for help drafting letters, papers and other materials. One of his professors was three-time Pulitzer Prize winning novelist and poet William Penn Warren. About the time John was studying with him, Warren was writing “All the King’s Men,” a novel loosely based on Louisiana populist Governor Huey Long.

John’s career started with the Office of Strategic Services shortly after the war. He was stationed in Germany and possibly elsewhere, assisting in matters involving German and Russian individuals and others.

In the 1950s, he moved to Monterey to work for the Defense Language Institute. He developed respect and a friendship with the local legislator Senator Fred Farr, and eventually left the institute to help Farr as a staffer in Sacramento. Farr is credited with being the first environmentally-oriented legislator before environmental protection became a distinct field. In the early 1960s, Zierold also worked for Hughes Aircraft Company, representing their interests in Rio de Janeiro and Sacramento.

In the early 1960s, there was no environmental lobby. Using funds from his work for Hughes, John helped bolster the California Roadside Council as the first environment advocacy group in Sacramento. By 1965, John and others, including Helen Reynolds, Lt. Governor Glenn Anderson, William Evers, Jim Pardau and Assemblyman Ed Z’Berg saw the need for a more robust environmental presence. In a meeting in John’s living room, the Planning and Conservation League was formed. John became their first full time lobbyist, and as such, the first full time environmental lobbyist in the country.

For those who knew him, John is remembered for his quick wit, his dedication and his effectiveness. Above all, John should be remembered for helping build the fundamental environmental laws we enjoy today. He did so at a time when environmental issues faced more skeptical political leadership and more divided public opinion than is enjoyed today. Zierold had major influence over the full range of environmental laws passed during his tenure, including the California Environmental Quality Act; air quality laws; coastal protection laws; protections for the Santa Monica Mountains, Lake Tahoe and the San Francisco Bay; state park expansions; forestry laws; nuclear safety; alternative energy development; and many others.

John Zierold didn’t seek credit for his good work, but it is certain that without him, many environmental laws would not exist, those laws that do exist would be weaker, and broad areas of the California landscape would not be protected.

John retired from the Sierra Club in 1984. He consulted and worked on other projects before settling with his wife Mary and her family in Kentucky. Both John and Mary passed away in December, 2013.