Rainer Aringhoff died on January 23, 2014 in the care of his beloved wife Custodia. He had been incapacitated by a massive stroke a couple of years ago and hospitalized ever since. I am writing this because he was an inspiration, exemplifying the qualities I value most in my professional colleagues.

I met Rainer during a trip to Europe in the wake of California’s pivot toward competitive electricity generation. California had just withdrawn its offer to
purchase power from renewable power plant projects. Rainer and I talked about what could be done to mitigate the disastrous effects on a fledgling industry organized around concentrating solar thermal power projects and related equipment. Rainer at the time was with the German company, Flagsol, the primary supplier of mirrors for such projects. I was leading a utility R&D program that was soon to be defunded and deconstructed by the utility and its regulators.

I chose to join the solar PV manufacturing industry rather than stay with the utility, and Rainer subsequently became Europe’s principal advocate for sound and supportive policies for solar power development. His work manifested as policies instituted by Spain that restarted solarthermal power deployment globally, carrying it across the chasm created by California’s hesitation.

Projects in Spain developed by Rainer’s company, Solar Millennium, commercialized the use of nitrate salts as heat transfer and storage media for modern concentration solar power plants. This development transforms CSP from a variable electricity source to a strategic grid asset, a transformation that, inexplicably, has yet to be properly valued in California’s long term electricity procurement plans and markets.

Rainer opened a Solar Millennium office in California nearly ten years ago. A few CSP companies were hoping to restart CSP development in California in the wake of the state’s adoption of a renewable portfolio standard. Rainer and I reconnected in a CSP industry group that was lobbying for investment tax incentives that would be in place long enough to make CSP projects developable. I was based in the Washington, DC area where the group held its meetings and where I could serve as a liaison for Rainer and Solar Millennium.

The companies pooled their resources to hire lobbyists. Their initiative laid the essential groundwork for the decisively important solar incentives that were eventually embraced by the entire solar industry when they were included in the American Recovery and Reinvestment (aka “economic stimulus”) Act of 2009. This legislation turbocharged the development of both large scale solar power projects and smaller residential and commercial grid tied PV projects. 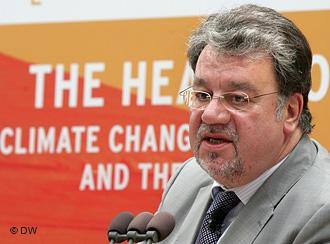 That a few struggling and competing CSP ventures were able to collaborate at all was an impressive feat of leadership by itself. I suspect it was Rainer’s strategic vision and ability to view his colleagues realistically and unemotionally that helped the group hang together and stay focused on shared interests.

Rainer’s work in California was complicated by the complexities of California energy regulation and European ownership of Solar Millennium. Even so, Rainer and his team developed viable CSP projects in California that would have added to his legacy…but for investor expectations that reflected European experience while discounting California realities.

The highest compliment I can pay Rainer as an energy professional is that he was a skilled integrator. That his vision was clear and principled, no one who knew him can doubt. As a project developer his ability to integrate political, economic and technical success factors was unparalleled . He made it a point to understand and manage situational politics while at the same time marveling at California’s comfort with confusion.

He had a uniquely keen eye for CSP cost and economic drivers. He assembled a team around him that included California’s best advocates, technologists, systems engineers, resource specialists, and advisors. In California: Ray Dracker, Dave Kearney, Jim Augustyn, John White, Jim Caldwell…. More than that, he forged bonds of friendship and collegiality with them.

I counted Rainer as a friend. He and Custodia enjoyed a stay at our cabin in the Sierras, the “hut” he called it. I remember him later regaling us with schemes to exploit northern California’s oaks, acorns, and wild pigs for purposes of profitable and enjoyable prosciutto making.

Maybe the intensity of our brightest stars shortens their time with us. But their light shines on in our hearts.