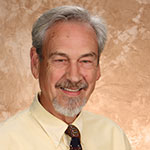 We are deeply saddened to mourn the passing of Rich Ferguson, who died unexpectedly last night.

Rich was one of the founders of CEERT, and helped create, inspire, and lead the organization from the beginning. He has continued to be involved in tracking global temperatures and providing keen insights on energy and climate from his wine making and tennis playing retirement in the Anderson Valley.

In 1989 and 1990, when Jan McFarland and I were working to put together the first of its kind coalition between renewable energy companies and environmentalists to advocate for a revival of renewable energy development in California, Rich was one of the first environmentalists we recruited. At the time, Rich was a retired physics professor at Cal Poly San Luis Obispo, and a volunteer advisor to Mothers for Peace, and Energy Chair of Sierra Club California. He agreed to be part of our plan, and became one of CEERT’s founding board members. With his Quaker background and patient, thoughtful manner, he helped create CEERT’s consensus-based decision making culture, which has persisted to the present day.

After CEERT was launched, Rich “went native” and moved to Sacramento, and became part of CEERT’s core staff, editing our quarterly newsletter (need to find copies in the archives!), and then became CEERT’s Technical Director, where he helped us sort through the myriad of economic and technology issues we needed to master in order to effectively and credibly advance the cause of renewables. When presented with a new technology or scientific claim, we had a simple review process: “Ask Dr. F” He never steered us wrong, and kept us out of trouble. 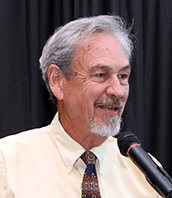 As we wrestled with how to deploy renewables at scale, Rich joined his fellow CEERT board member, Dave Olsen, in working to develop new transmission in renewable rich areas of California, to enable renewables to be brought to utility load centers. Beginning with the pioneering Tehachapi wind transmission study, Rich and Dave went on to lead the Renewable Energy Transmission Initiative, a collaborative process which engaged utilities, environmentalists, local governments, and renewable developers to identify the most important renewable resource areas in California where new transmission should be developed. Rich’s patience, persistence, good humor, and vision, helped make RETI a remarkable success, and laid the foundation for California’s renewable renaissance and the astonishing progress we have made in decarbonizing the California electric grid.

We are devastated by his loss, but deeply grateful for the wonderful opportunity we had to know and work with him. We will have more to say about Rich and his remarkable life and essential contributions to our collective success, as we honor his legacy. In the words of his dear friend and fellow CEERT colleague, Jim Caldwell, “Rich was a pessimist, who never stopped trying.”

We are sending prayers and healing energy and deeply felt condolences to his wife, Glynnis, and his family and wide circle of friends and colleagues.