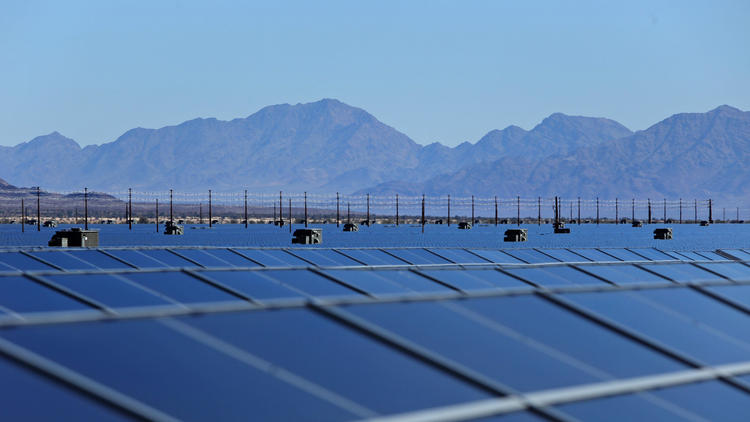 A solar farm in Desert Center. A state Senate bill would require California to get 50% of its electricity from renewable sources by 2030. (Marcus Yam, Los Angeles Times)

The lawmakers also approved a measure that would ban new offshore oil drilling from an area in the Santa Barbara Channel known as Tranquillon Ridge, two weeks after an oil spill at nearby Refugio State Beach.

The climate change bill, which now goes to the Assembly with other bills passed by the Senate, advances goals outlined by Gov. Jerry Brown earlier this year.

If passed by the Assembly and signed into law, the bill would require California to meet several objectives by 2030: generating 50% of its electricity from renewable sources, doubling energy efficiency in older buildings and cutting in half the amount of gasoline used on state roads.