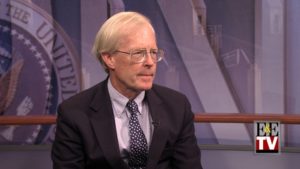 Following last week’s announcement by Pacific Gas and Electric Co. that it would phase out its Diablo Canyon nuclear facility by 2025, what are the next steps for California and its electric power sector? During today’s OnPoint, Ralph Cavanagh, co-director of the Natural Resources Defense Council’s energy program and a negotiator for the Diablo Canyon agreement, explains how PG&E’s move could affect other regions of the country with existing nuclear facilities.

Anatomy of a nuke closure: How PG&E decided to shutter Diablo Canyon

In a policy environment that prizes renewables, PG&E saw no cost-effective route to keeping the giant nuclear plant open

One of the biggest tests of all time for renewable electricity was just proposed in California. It didn’t get the attention it deserves because everybody called it the closure of the Diablo Canyon Nuclear Power Plant.

The closure will test whether the facility’s 18,000 GWh of yearly output can be replaced entirely by new zero carbon resources and reduced usage. Under PG&E’s retirement plan, the utility says it can make up the generation gap entirely with energy efficiency, renewable resources and energy storage — all while costing customers less than continuing to operate the plant. (read complete article)