Amid shut-off woes, a beacon of energy 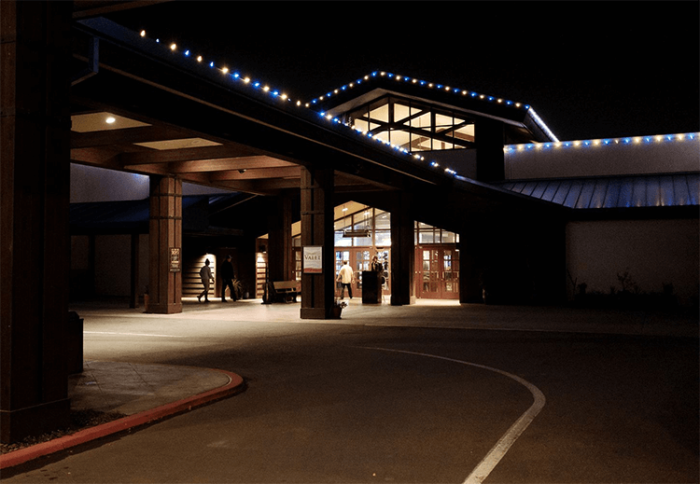 Customers enter the Blue Lake Casino and Hotel in Northern California, where the lights remained on during a recent wildfire-related power outage. (Photo by Mason Trinca for The Washington Post)

BLUE LAKE, Calif. — After months of wildfires, an essential question in a warming, windy California is this: How does the state keep the lights on? A tiny Native American tribe, settled here in the Mad River Valley, has an answer.

Build your own utility.

The Blue Lake Rancheria tribe has constructed a microgrid on its 100-acre reservation, a complex of solar panels, storage batteries and distribution lines that operates as part of the broader utility network or completely independent of it. It is a state-of-the-art system — and an indicator of what might be in California’s future.